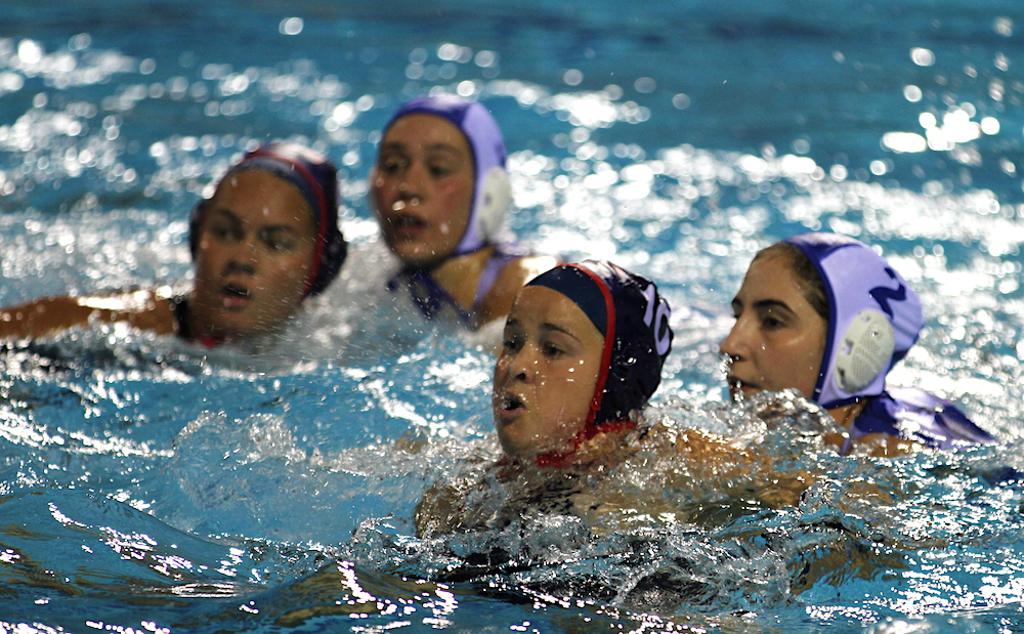 Lexi Leibowitz scored two goals and Sarah Klass had one for the U.S., while Eleni Xenaki, the left-handed center from Greece’s Senior National Team, led all scorers with three goals.

Sarah Klass gave the U.S. a 1-0 lead with 3:22 to go in the first period. Greece responded at the 1:34 mark to tie the game at 1-1 going to the second. The low scoring continued in the second period as Liebowitz opened the quarter with a goal on the first possession for Team USA and Greece tied it moments later.  It was 2-2 going into halftime.

Liebowitz scored early in the third quarter and Greece tied the score at 3-3 on their next possession.  With 2:45 left in the period Greece took their first lead, 4-3. That lead carried into the fourth quarter where neither side could find the back of the net. Team USA had two power-play tries in the final quarter but could not convert and Greece held on for the one-goal victory.

805 Santa Barbara’s Paige Hauschild, Abbi Hill, and Ryann Neushul each had close shots on goal but were unable to finish.  Neushul drew the last Greek ejection with 40 seconds left in the fourth quarter but an errant pass to an open Hill allowed Greece to run the clock out.

Officials awarded Greece with nine ejections compared to four for the Americans.  Despite the disparity, USA held Greece to just two power play goals in four quarters.  Santa Barbara’s Amanda Longan made eight blocks in another spectacular game in goal.

This time, USA was unable to quiet the Greek crowd chanting “Hellas!” in unison at the top of their lungs, reveling in a huge win for Greek women’s water polo.

Team USA now faces Canada on Friday in the 5th through 8th bracket.