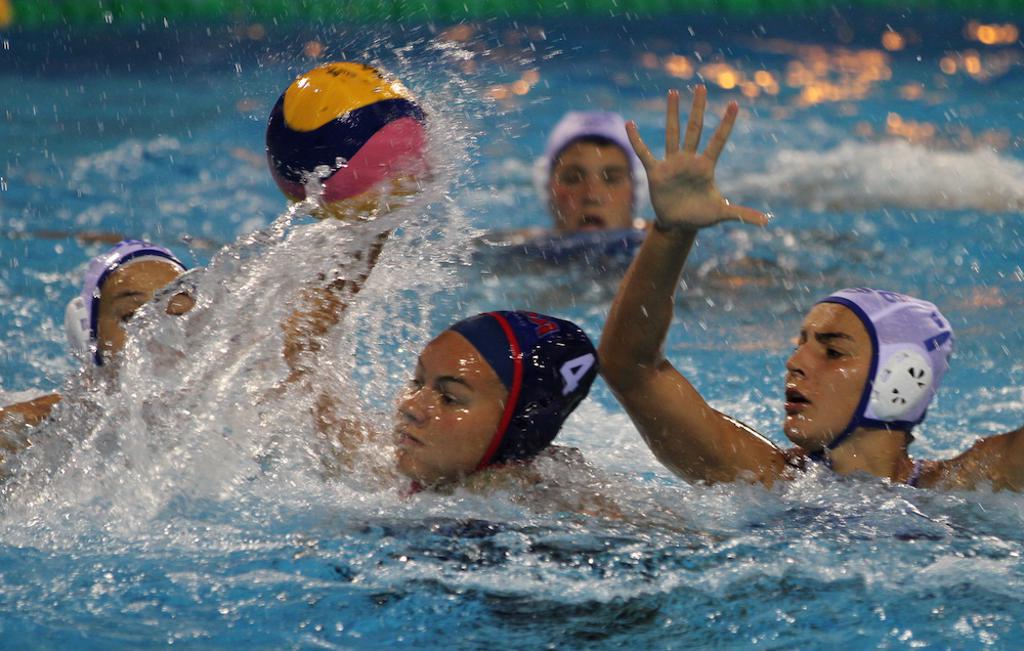 Abbi Hill gets between two Serbia players and scores a goal for Team USA in a 10-1 playoff victory at the FINA Women’s Water Polo Junior World Championship. (Peter Neushul photo)

Team USA now meets Greece on Thursday (10 a.m. PT) in front of what will be a capacity crowd.  Team USA is the defending champion. Live streaming is available by clicking HERE.

Neushul, a Dos Pueblos High senior, Val Ayala, Ava Johnson, and Denise Mammolito all scored two goals in the win.  Johnson opened scoring as Team USA led 1-0 lead but Serbia tied the match at 1-1 moments later off an outside shot. Team USA scored the next three goals of the period to build a 4-1 lead after one quarter.

Dos Pueblos junior Abbi Hill rammed home a shot from center in the second quarter making it 5-1.  Team USA then added a single goal in the third quarter, all the while shutting out Serbia to take a 6-1 advantage into the fourth quarter.

Over the final eight minutes Team USA put the match away as Mammolito (USC) and Chloe Harbilas (Corona del Mar High) scored followed by two goals from Ayala to seal the victory. Team USA went 4/7 on power plays and 1/1 on penalty shots while Serbia was 1/7 on power plays and did not attempt a penalty.

Longan had another spectacular game in goal with 10 saves. The USC sophomore is on track to reprise her outstanding performance at the 2015 Junior World Championship.  Longan led USC to the 2016 NCAA National Championship her freshman year.  Longan and Hauschild (San Marcos alum, USC freshman) both won gold medals this summer with the U.S. Senior National Team at the FINA World Championship in Budapest, Hungary.