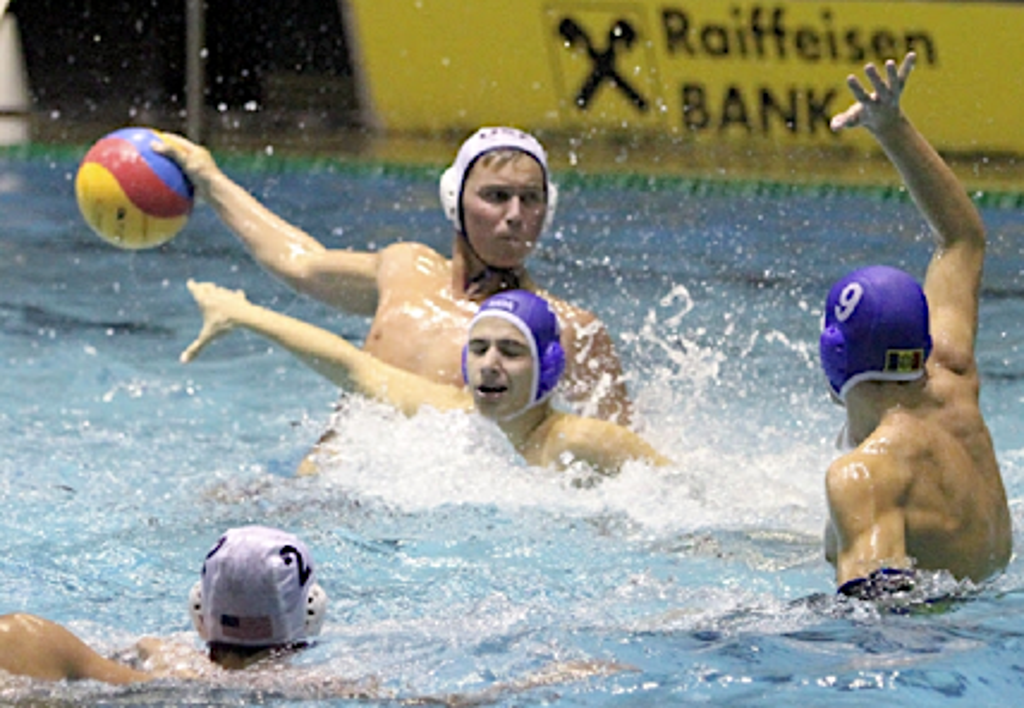 Ethan Parrish winds up for a shot against Serbia in the semifinals of the Dako Cukik Championship in Belgrade, Serbia. Parrish scored three goals. (Hannah Parrish photo)

Ethan Parrish scored a team-high three goals and assisted on the game winner, leading the USA Water Polo Cadet National Team to a stunning 8-7 upset of host Serbia in the semifinals of the Dako Cukik Championship in Belgrade, Serbia.

The Americans took the lead on a power-play goal with 44 seconds left and then held off the Serbs.

It is rare that a visiting team wins a game against the Serbs in their country.

The victory gave Team USA a 5-0 record and put them in Sunday's championship game against unbeaten Croatia.

Parrish, a sophomore at Dos Pueblos and a member of the 805 Santa Barbara Water Polo Club, had two big games leading up to the semifinals. He scored three goals in a 16-4 victory over Australia on Friday and had a goal, three assists, two drawn ejections and a drawn 5-meter penalty in a 9-8 win over the Netherlands on Saturday that gave Team USA first place in their bracket.

“Ethan is among the very best pure shooters in the United States for his age, and it is great to see him generate offense from driving as well,” said Levoff.