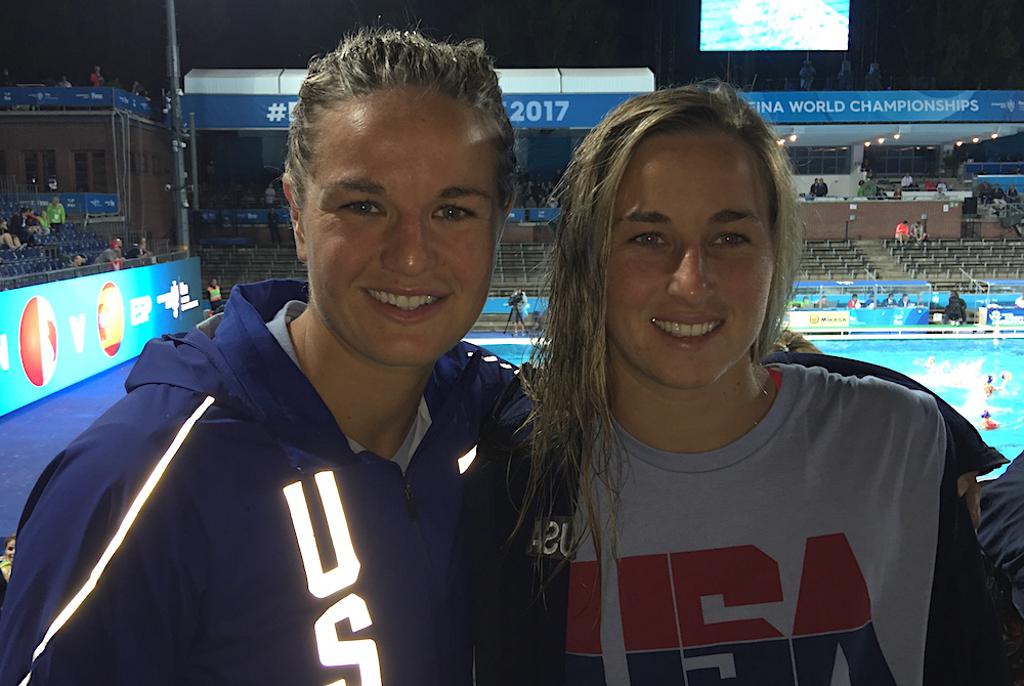 Sisters Kiley and Jamie Neushul will be playing for a water polo world championship with Team USA.(Peter Neushul photo)

The Americans advanced to their fifth World Championship final with a 14-9 win over Russia in the semifinals on Thursday at Hungary’s famed Margarit Island — the “Isle of Water Polo” in Budapest. They’ll meet Spain in the title game on Friday at 11:30 a.m. PDT.

With rain pouring at the start of the match, Russia jumped out to a 2-0 lead off a natural goal at center and a perfect upper right from their captain Ekaterina Prokofyeva.

USA responded swiftly when Rachel Fattal threw in a bullet from on top and Kiley Neushul hit Maddie Musselman with a cross pass to the right-hander and USA’s second goal.

USA never looked back, overtaking and then doubling up the Russians. Fattal led all scorers with five goals on the evening while Musselman tallied four.  Kiley Neushul scored a lob to upper left off of a Melissa Seidemann drawn kick out late in the third quarter.

Team USA went 3/7 on power plays and did not attempt a penalty while Russia was 1/9 on the advantage and 1/1 on penalties.

Amanda Longan, who is a member of the 805 Santa Barbara Water Polo Club along with the Neushul sisters and Hauschild, entered the goal in the fourth quarter and made two saves.

Jamie Neushul and Longan helped lead Team USA to the 2015 Junior World Championship in Volos, Greece.  Together with Hauschild this is their first ever Word Championship game with the Senior Women’s Team.

Team USA is trying to become the first Olympic Champion to win a World Championship in the year following the Olympic Games.