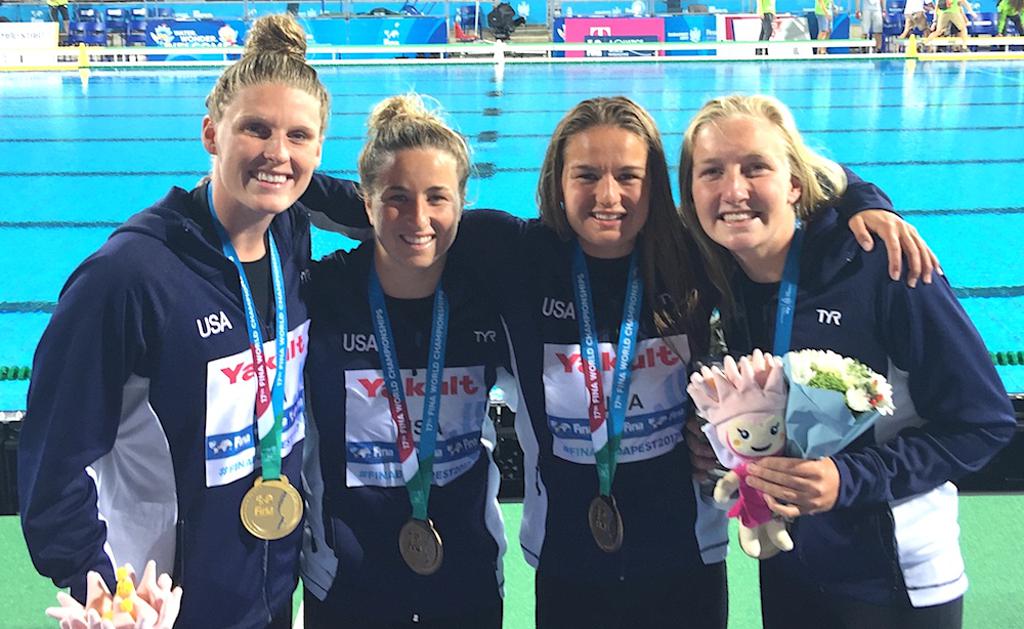 Neushul, a Dos Pueblos and Stanford alum, was named the MVP of the championship game. She is one of three local women on the team: her younger sister, Jaime, and Paige Hauschild joined her on the top of the podium. It is their first world championship gold medal.  Jaime Neushul, a DP alum, just graduated from Stanford while Hauschild graduated from San Marcos High and is headed to USC. Kiley Neushul was a member of the USA world title team in 2015 and the gold-medal winning squad at the 2016 Olympic Games. The team also includes 805 Santa Barbara Water Polo Club member and first-time world champion Amanda Longan of Moorpark and USC.

Team USA remains in possession of all the major titles in the water polo world including the Olympic Games, FINA World Championship, FINA World Cup and FINA World League.

Neushul and Musselman scored back-to-back goals to break a 3-3 tie and give Team USA a 5-3 lead at halftime.

Spain scored the first goal of the third period to close within 5-4 but would get no closer. The Americans scored five of the next six goals to close out the third and take control of the game.

Rachel Fattal pushed the lead to 6-4 and Neushul and Steffens followed on power plays for an 8-4 advantage with 3:31 to go in the period. With less than two minutes left in the period, Makenzie Fischer hit her first score of the game for a 9-4 lead. Spain broke the run with a goal moments later but Musselman had an answer. With just seconds remaining in the period she darted towards the goal and Neushul hit her with a perfect pass for a 10-5 game going to the fourth quarter.

Neushul and Steffens fired in goals to open fourth period for a 12-5 lead with 5:34 to play. Musselman finished things off with a power play goal.

Team USA  turned in a dominant performance on the power play, scoring on 10 of 12 opportunities. Spain was 3 of 6 on power plays and 1 for 1 on penalty shots.